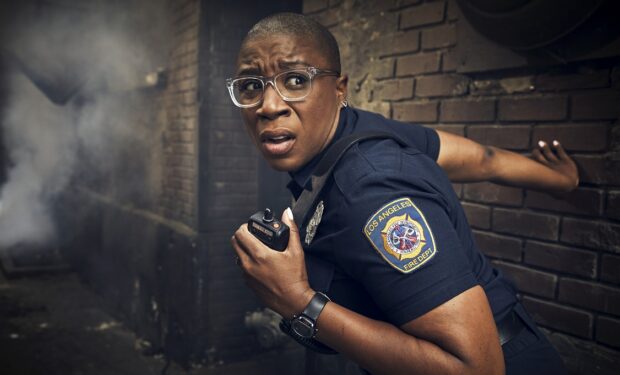 In the 9-1-1 episode ‘There Goes the Neighborhood,’ while the 118 rush to save a man pinned under a Humvee, and Michael (Rockmond Dunbar) installs a new “rear window” and turns into an amateur detective, Hen’s (Aisha Hinds) mother Toni unexpectedly arrives and announces she is moving to LA.

Toni Wilson is portrayed by Marsha Warfield. It’s been more than 20 years since she’s been seen on TV! The stand-up comedian is best known for her roles on Night Court (bailiff Roz Russell) and Empty Nest (Dr. Maxine Douglas), among others. Fun fact: Marsha launched her TV career on The Richard Pryor Show in 1977. Check out the clip below. Marsha was 23 at the time.