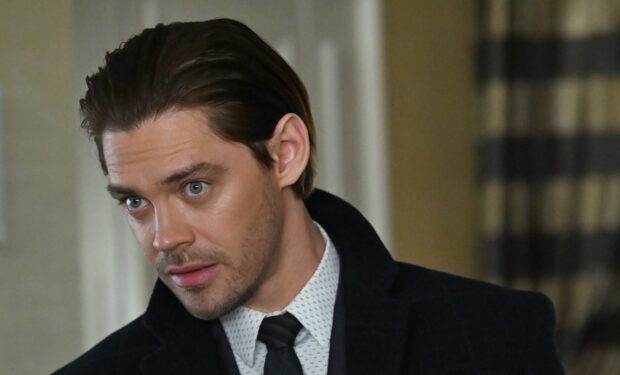 In the winter finale episode of Prodigal Son, ‘Face Value,’ while Jessica (Bellamy Young) learns that her younger sister Birdie (guest star Rachel York) is in town, and Martin (Michael Sheen) works in the infirmary with Dr. Vivian Capshaw (Catherine Zeta-Jones), Malcolm (Tom Payne) tries the solve the murder of a famous plastic surgeon. The investigation leads him, and a cocky Europol agent named Simon Hoxley, to a super yacht docked on the Hudson River.

The Broadway star is also known for his roles on stage in productions of Hamlet, The Threepenny Opera, and Cabaret (the master of ceremonies) for which he won a Tony Award, among others.

Prodigal Son airs Tuesdays at 9 pm on FOX, right after The Resident at 8 pm.