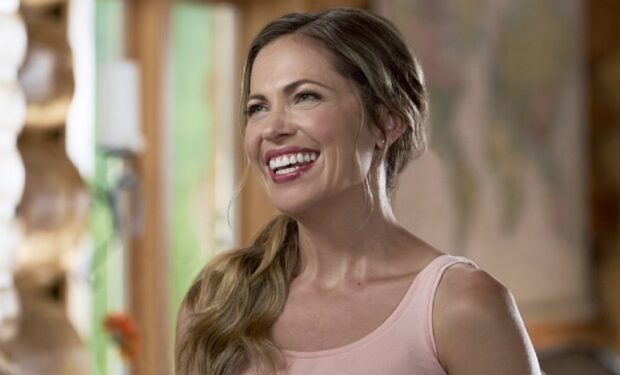 Pascale Hutton in My One and Only (Hallmark/Crown Media)

The protagonist of the Hallmark Channel movie ‘My One and Only’ is LA executive Stephanie (Pascale Hutton). After she finds out that her ex-boyfriend Matt has proposed to someone else, she agrees to star on the reality dating show The Only.

On the TV show, Stephanie (‘the bachelorette) and her potential “One” Oliver (Stephen Huszar) have a date on a horse ranch. A love triangle forms when Stephanie hits it off with the handsome ranch owner Alex (Sam Page) who acts as their guide.

My One and Only was filmed in Winnipeg, Manitoba in Canada. There are plenty of horse ranches and operators of air hot balloon rides available in and outside of the city of Winnipeg.

My One and Only airs again on Hallmark Channel on Thursday, March 4 at 9 pm.