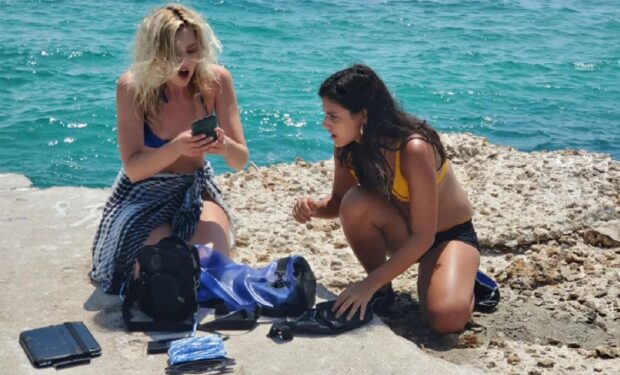 In the Lifetime movie Deep Blue Nightmare (originally titled Shark Season), blond bikini model Sarah (Paige McGarvin) and her brunette friend Meghan (Juliana Destefano) kayak out to a little island off the coast of Florida for a photo shoot. Little did they know when they left land that a great white shark is prowling that exact area for fresh meat.

Most of the land scenes in Deep Blue Nightmare were filmed in St. Petersburg, while most of the water scenes were filmed in or near Clearwater Beach, which was named #1 Beach by Trip Advisor in 2018. P.S. That sinking island the two girls stand on is not a real “living” island but a block of stone/cement.