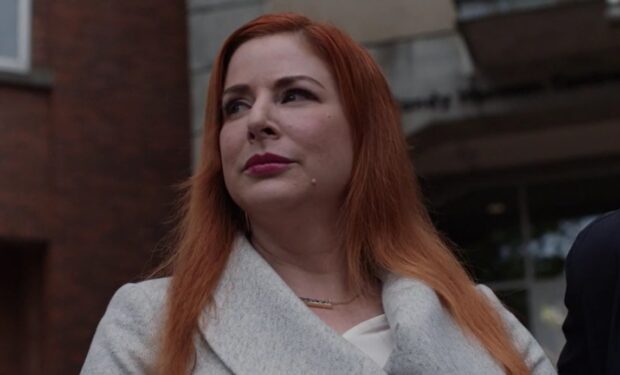 The Lifetime movie Circle of Deception, which is based on Ann Rule’s true crime book Practice to Deceive, circles around the murder of Russel Douglas (Paul McGillion). He was found shot dead in his car the day after Christmas. Police question his estranged and soon-to-be ex-wife Brenna Douglas (Jill Morrison), and her best friend Peggy (Diane Neal), who said she would “do anything” to help Brenna.

Circle of Deception takes place in a small town in the state of Washington, on the Puget Sound — Whidbey Island to be exact. And yes, it is a real island; about 30 miles north of Seattle, Washington. Whidbey (population about 70,000) is known for its beaches, hills and farmland. On the north side of the island is Deception Pass State Park, which “offers clifftop views, forest trails and freshwater lakes.” To the south is Fort Casey Historical State Park, home to a lighthouse and gun battery.