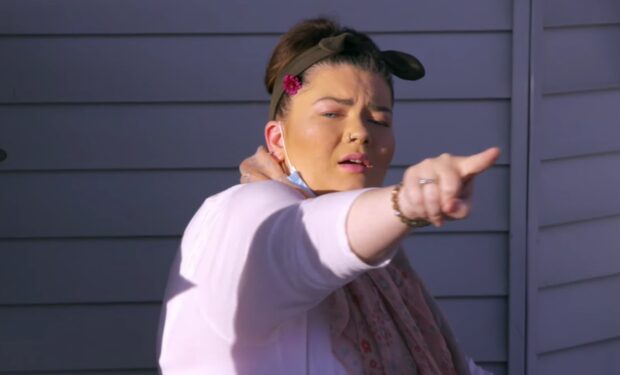 On the Teen Mom episode ‘Hearts on Fire,’ while Catelynn Baltierra (who’s pregnant for the fourth time with her husband Tyler Baltierra) receives her microblading certification and looks into opening her own studio, according to MTV, Amber Portwood “deals with online trolls who criticize her weight.”

Although we think Amber, mother of 12-year-old Leah Shirley, looks great in the sneak peek video below at her ex’s Gary’s farm.

The last time Amber posted on Instagram, where she has 1.7 million followers, was in July 2020 and she wrote about disappointment (see post above). That was more than seven months ago!