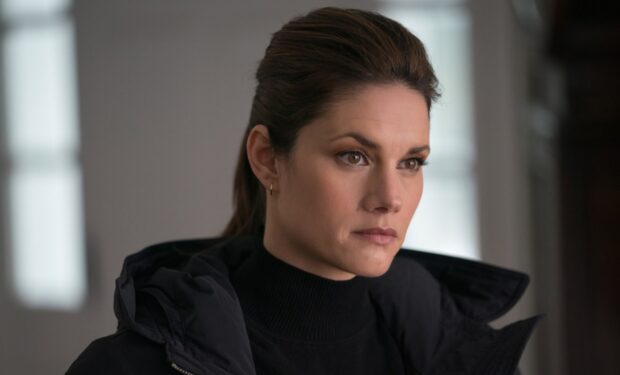 On the FBI episode ‘Leverage,’ while Isobel’s (Alana De La Garza) relationship with her boyfriend Ethan (Michael Trucco) comes under fire, the team must dig into the past relationships of a political reporter who’s been kidnapped and held without a ransom demand.

When not filming FBI, Missy Peregym (Special Agent Maggie Bell) is at home with her newborn son Otis. But that doesn’t mean she’s not working! While promoting the CBS series on The Talk (remotely), the hosts asked that Missy open a gift they sent to her home.

On camera, Missy reveals a little FBI costume. When the creators of FBI saw it (Wolf Entertainment), they asked: “Now that he’s good on the costume, should we have Otis make an appearance on #FBICBS?”

FBI airs Tuesdays at 9 pm on CBS, right before its spin-off FBI: Most Wanted at 10 pm.