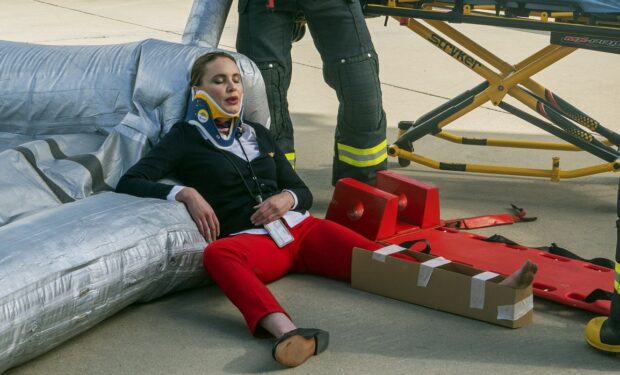 On the 9-1-1 winter season finale episode ‘Breaking Point,’ when Athena (Angela Bassett) discovers that quarantine has pushed a couple to their breaking point, the 118 is called to the tarmac when a flight attendant (guest star Leah Pipes, The Originals) reaches her limit with her flight’s passengers.

As seen in the sneak peek video above, when one too many passengers press the attendant button, flight attendant Molly grabs a bottle of champagne or wine, opens the door of the aircraft (which activates the inflatable slide), yells “I am done!” and, alas, does not “nail” the landing.