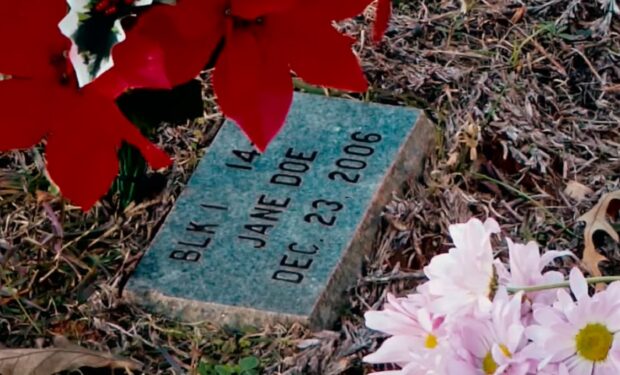 Dateline: The Woman With No Name (NBC)

In the Dateline episode ‘The Woman with No Name,’ Keith Morrison investigates the 2006 murder of a young woman whose unidentifiable burned body was found in Gregg County, Texas. The petite woman (5’4”, 100 lbs.), who was in her late teens or early twenties, remained nameless for years; the county paid for a small “Jane Doe” grave marker.

One small, unusual detail – the young woman still had two of her baby teeth, and had no cavities or fillings – caught the eye of an amateur internet investigator. Based on the light purple sweater the victim wore, the online sleuths referred to the deceased as Lavender Doe.

In 2018, convicted sex offender Joseph Wayne Burnette, who was in prison for another crime, confessed to the killing of Lavender Doe. Burnette told Sgt. Eddie Hope that she approached him in Walmart parking lot, selling magazine. According to Burnette, she agreed to have sex, but stole money from him. According to Hope: “That’s why he allegedly strangled her but left $40 in her pocket. That was money she had earned, he said.”

Months later, thanks to the help and fundraising of DNA Doe Project, Lavender Doe was identified as 21-year-old Dana Lynn Dodd in January 2021.

Burnette also admitted in 2018 to murdering his 28-year-old roommate Felisha Pearson. He was sentenced to 50 years in prison for each murder.