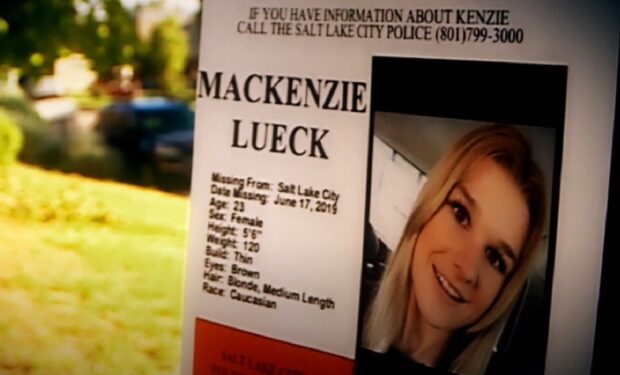 The Dateline episode ‘The Waiting Car’ investigates the 2019 disappearance and murder of MacKenzie Lueck. The 23-year-old college student was studying kinesiology and pre-nursing at the University of Utah: she planned on graduating in May 2020.

In 2018, Lueck met 31-year-old Ayoola Ajayi on a dating site, and on June 17, 2019 they met in person. That evening, at his home, Ajayi tortured and killed Lueck. Ajayi confessed to strangling her, then burning and burying her remains in his backyard.

In October 2020, Ajayi pleaded guilty to first-degree aggravated murder and third-degree desecration of a human body. In court, he admitted he planned to kill her before he met her in person. He was sentenced to life in prison without the possibility of parole.

Prior to being sent to prison for life, Ajayi reportedly wrote the book Forge Identity which featured two characters who were killed and burned. The book by ‘Ayoola Ajayi’ was sold on Amazon but has since been removed from the retailer’s website.

Ajayi, who is originally from Nigeria, is a U.S. citizen and spoke English in court, but also used an interpreter. Listening to an interpreter in his native Yoruba (a language spoken in West Africa, most prominently Southwestern Nigeria) his attorneys said would help make sure he understood the complexity of all legal issues.