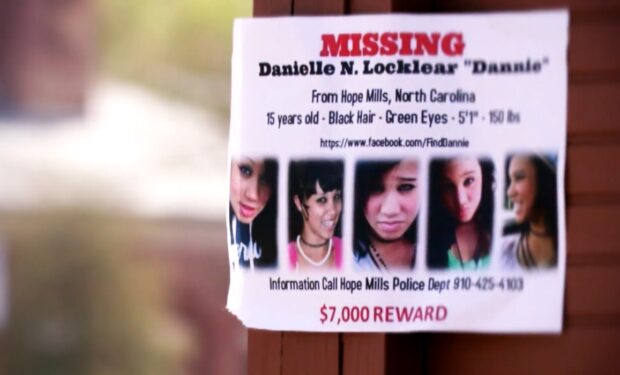 The Dateline episode ‘The Creek’ investigates the 2014 disappearance and murder of 15-year-old Danielle “Dannie” Locklear in Hope Mills, North Carolina. The high school freshman dated senior student Je’Michael Malloy, who was best friends with Dominic Lock: the two young men were the last to see Danielle alive. Three weeks after her disappearance, Danielle’s body (which was tied to 25-lb cinderblocks) was pulled out of a local creek.

Police Chief David Servie says when he interviewed Malloy: “Je’Michael was just cool as a cucumber” and that he “didn’t show any emotion until he began speaking about his potential career in the military was now ruined. That’s the only time he cried. I just thought ‘Wow, that’s what he’s upset about.'”

In 2018, after both men confessed, Je’Michael Malloy was sentenced to a maximum of 25 years in prison. Dominic Lock was sentenced to six years. Malloy will be eligible for parole when he is 43.

Locklear’s mother, Rowna Fowler, reportedly says Malloy has written her several letters from prison but they remain unopened. “She calls them garbage.”

To learn more about Danielle and how her friends and family are honoring her memory, visit the Facebook group Justice for Danielle Locklear “Dannie.”