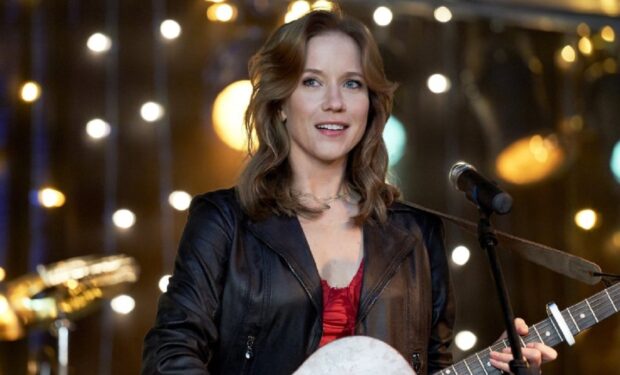 And yes, all three actors are really singing in the film. Lucas and Jessy sing the song ‘Life in a Love’ at Jenny’s bar; and Jessy and Niall sing ‘Ring in Front of You’ at the music festival.

Jessy also performs the song ‘Big Deal’ on her own.

Country at Heart is airing again on Hallmark Channel on Saturday, March 13 at 9 pm.