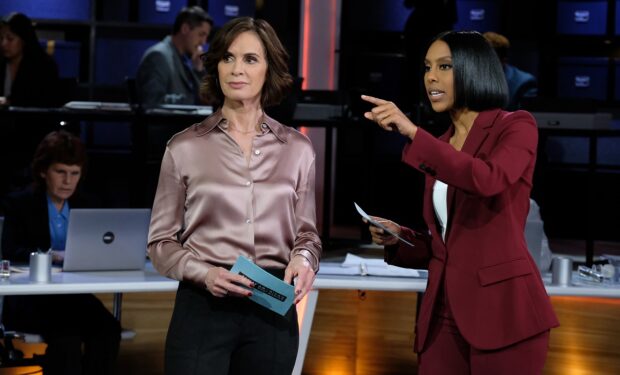 On the new America’s Most Wanted, host Elizabeth Vargas asks viewers at home to help find Detroit fugitive Tamera “Tammy” Williams. The 41-year-old woman, who worked as a phlebotomist (one who draws blood for tests and blood donations and performs blood transfusions), is accused of killing and dismembering her boyfriend David Carter in 2018. His remains were found (in a sleeping bag) along highway I-75 in Ohio four months after his family reported him missing.

Carter’s sister Tasia Jackson told the local ABC TV news station: “We couldn’t get rid of her before.”

Carter’s father Elton also spoke to the news station and directly to Tamera: “Tamera, you’re out there, you know us, you know what you’ve done – turn yourself in baby, you can’t keep running – sooner or later law enforcement will find you — spare us and and yourself and your family the grief of going through all of this, turn yourself in sweetheart.”

Tamera is 5’9” tall, weights 190 pounds and has several notable tattoos.