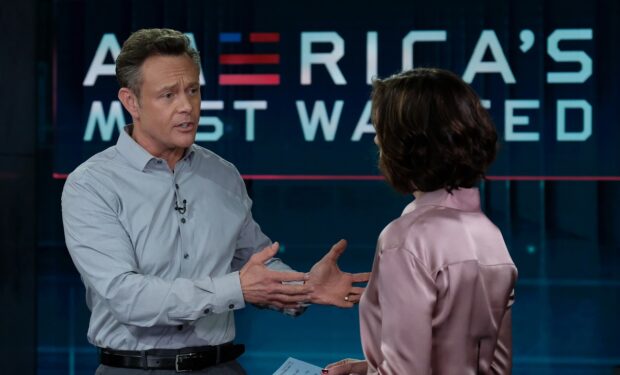 On the new America’s Most Wanted, host Elizabeth Vargas asks viewers at home to help find fugitive Christopher W. Burns. The 38-year-old financial advisor and radio show host left his home in Berkeley Lake, Georgia in September 2020. He is accused of defrauding at least 40 clients of approximately $10 million and is wanted by the FBI on a mail fraud charge.

According to the SEC, Burns would often persuade investors to meet him at a local Dunkin’ Donuts so he could collect their investments in cash.

The FBI notes in the Most Wanted posted above: Burns has a tattoo on his left forearm of three black triangles interlaced.

America’s Most Wanted airs Mondays at 9 pm on FOX, right after the first responders drama 9-1-1 at 8 pm.