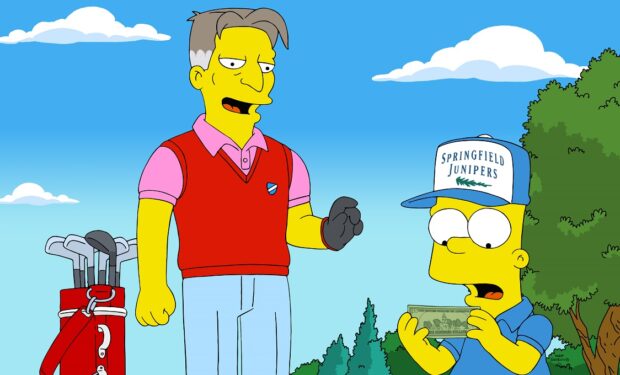 In The Simpsons episode ‘Wad Goals,’ Bart becomes a successful candy which has his mother Marge worried about his character. The character of the big-tipping golfer Bildorf is voiced by actor Stephen Root. This is his first appearance on The Simpsons.

Stephen Root is known for his versatile roles in comedy films including Office Space (staple owner Milton), Dodgeball (Gordon), dramatic films including Get Out (Jim Hudson), Trumbo (Hymie King), Selma (Col. Al Lingo), and on the TV shows including The Man in the High Castle (Hawthorne Abendsen), Barry (Monroe Fuches), Boardwalk Empire (Gaston Means), and NewsRadio (boss Jimmy James), among many others.