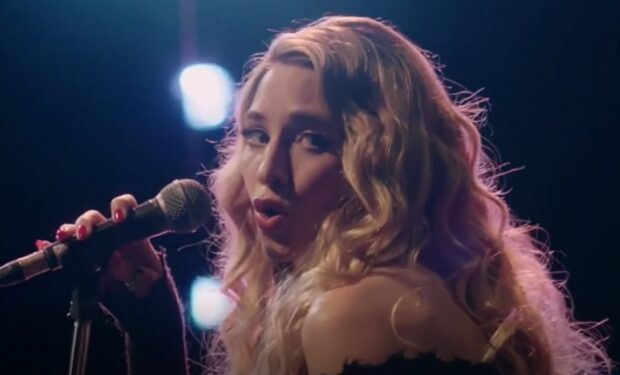 The protagonist of the Lifetime musical movie His Killer Fan is Kaylee Dawson (Teressa Laine). When her best friend, rising star singer Ariana Kent (Brooke Butler), gets the opportunity to perform on stage with heartthrob singer Josh Halliday (Ryan Cooper), Kaylee is in the front row cheering her friend on. But when Josh falls for Kaylee, Ari gets jealous and is determined to push Kaylee — and her mother Tina (Deena Dill) out of the picture.

And yes, she sings!

Brooke says her parents used to call her “Little Hollywood” when she was little because she used to sing for everyone. “Singing was always my first love, even before acting,” she says in the video above.

Prior to launching her acting career in 2011, Brooke was a student and cheerleader at the University of Southern California (USC).

His Killer Fan premieres on Lifetime on Friday, February 20 at 8 pm.