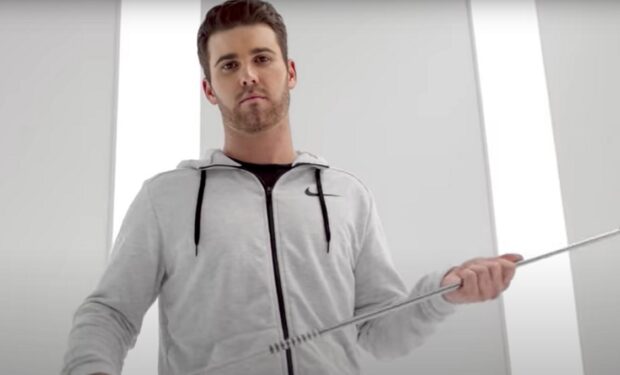 The other professional athlete featured in the new Bolt24 ad campaign is PGA golfer Matthew Wolff.

“If you don’t think golf is an athletic sport, my swing disagrees,” he says and demonstrates his unconventional swing in the commercial below.

Matthew is only the second golfer to pitch for a Gatorade brand; Tiger Woods was the first. (Marketing ties between Gatorade and Woods were cut in 2010.)

Why, Wolff? Well, the 21-year-old just became the third golfer ever (again behind Tiger Woods, and legend Ben Crenshaw) to win the NCAA men’s golf championship (Oklahoma State University) and a PGA Tour event in the same calendar year (2019). Wolff won the 3M Open (and its $1,152,000 million purse) six weeks after winning the NCAA title.

And yes, Matthew is dating a gorgeous young woman who looks great in a bikini.