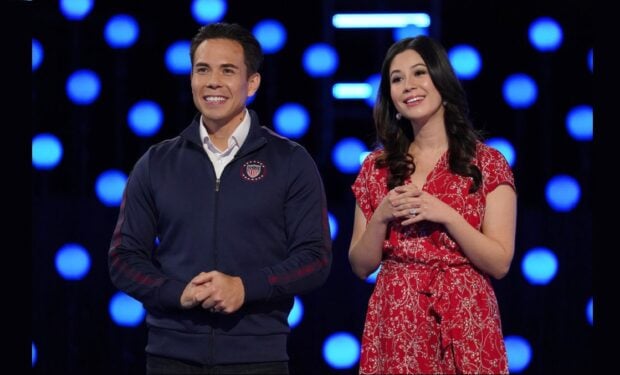 On this season of LeBron James’s TV game show The Wall, host Chris Hardwick welcomes eight-time Olympic medalist speed skater Apollo Ohno. Apolo, 38, and his fiancee Bianca Stam are hoping to win a lot of money for the charity Team USA Fund, which supports elite American athletes who hope to compete at the Olympic and Paralympic Games. (Unlike nearly every national Olympic Committee in the world, the U.S. Olympic Committee receives no federal government support and relies on private resources.)

This isn’t Apolo’s first time on a reality TV competition show. He won Dancing with the Stars with Julianne Hough in 2007 before retiring from speed skating after the 2010 Winter Olympics. In 2016, he met his future fiancée, 30-year-old Chicago native and restaurant investor Bianca Stam, at an art gallery.

Bianca is a Millikin University graduate (class of 2012) who has spent time in Hong Kong as an actress and a model. She also produced the 2017 short documentary The Beauty Machine, about women working in the entertainment industry in Asia.

The Wall airs Mondays at 10 pm on NBC, right after Ellen’s Game of Games.