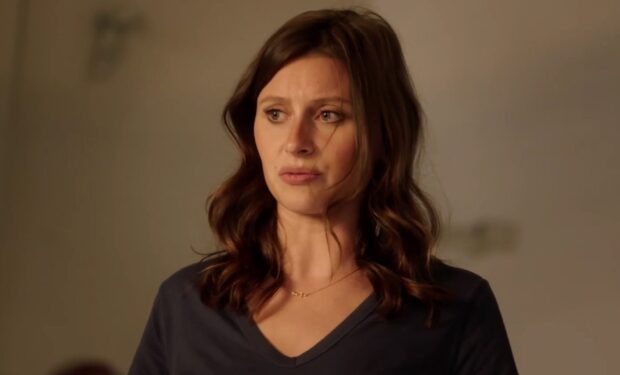 On the MacGyver episode ‘Golden Lancehead + Venom + Pole Vault + Blood + Baggage,’ the team finds out that Mac (Lucas Till) has been developing a secret experimental cancer treatment in a secret medical research lab with his female friend Frankie.

But when bad guys find out what the two have been working on in the lab, they kidnap Frankie and plan to use the research to create a powerful new nerve agent. The serum uses venom of the deadly and rare Brazilian snake known as the Golden Lancehead, which is illegal in the U.S.

Frankie is portrayed by Aly Michalka. She is the older singing sister of AJ Michalka (The Goldbergs, Schooled): together they perform as Aly & AJ.

As an actress, Aly is known for her roles on iZombie (Peyton Charles), Two and a Half Men (Brooke), Hellcats (Marti Perkins), and Phil of the Future (Keely), among others.