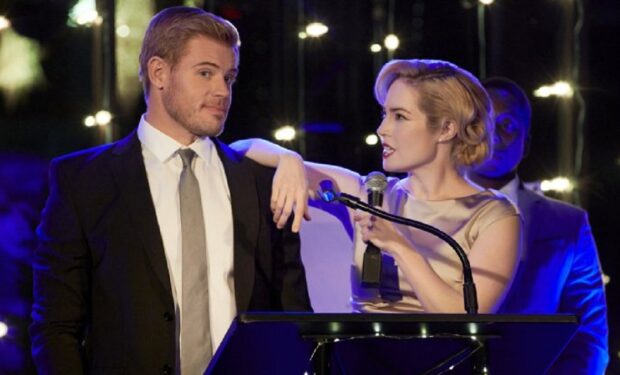 The female protagonist of the Hallmark Movie Two For the Win is local ski instructor Kayla Green (Charlotte Sullivan). She has mixed feelings when her ex-boyfriend, world champion ski racer Justin (Trevor Donovan) returns to town. He’s recovering from a serious injury and training for a comeback.

A post shared by Meet Us at Molly’s (@meetusatmollys)

Two For the Win airs again on Hallmark Channel on Monday, February 8 at 7 pm.