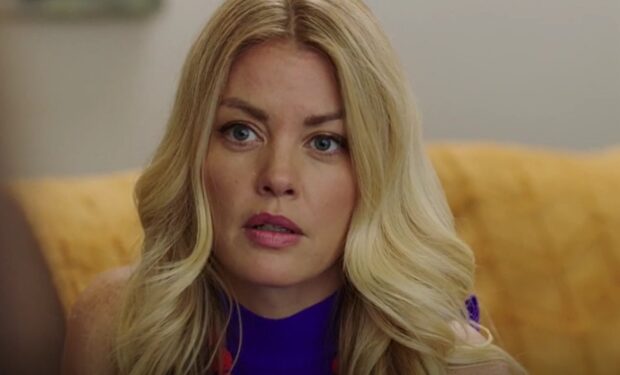 Bree Williamson in Mommy is a Murderer (Lifetime)

The protagonist of the Lifetime movie Mommy is a Murderer (originally titled Forgotten Abduction) is boutique owner Karina Harlow (Bree Williamson). When the gorgeous blonde befriends Lena Colbert (Heather McComb) and her adorable daughter Mallie (Josie M. Parker), Karina suspects that Mallie is not Lena’s daughter at all, but a girl named Emily who was kidnapped from her biological parents five years prior.

The Canadian-born actress Bree Williamson is best known for her roles on the daytime soap operas General Hospital (Claudette Boland) and One Life to Live (Jessica Buchanan). Bree was nominated three times for a Daytime Emmy Award for her role as Jessica.

In real life, Bree is a mom! Check out the cute photo of her with her son, below.

Mommy is a Murderer airs again on Lifetime on Wednesday, February 17 at 8 pm.