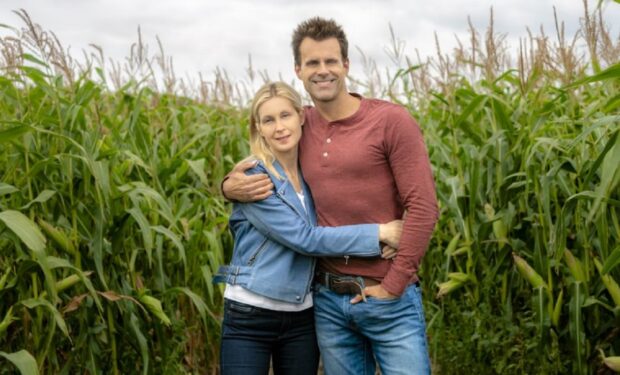 Rutherford and Mathison in 'Love, of Course' (Hallmark/Crown Media)

The protagonist of the Hallmark Channel movie Love of Course is widowed mother Amy Andolini (Kelly Rutherford, Melrose Place). When she helps her 18-year-old daughter Cara (Makenzie Vega, Spy Kids) settle into college. There, at the university, Amy “gets an offer she can’t refuse” and falls for handsome Professor Noah Ferris (Cameron Mathison, All My Children).

Love, of Course was not filmed on the campus of an American college. It was filmed at various sites in Winnipeg, Manitoba in Canada including the farming town of Portage la Prairie, which is home to two potato processing plants that provide French fries for fast food restaurants including McDonald’s and Wendy’s.

A post shared by The University of Winnipeg (@uwinnipeg)

Love of Course airs on Hallmark Channel on Thursday, February 18 at 9 pm.