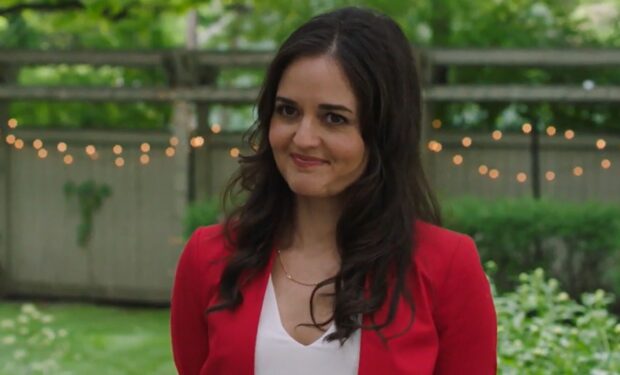 The protagonist of the Lifetime movie Love In Design is home-makeover TV star Hannah McElroy (Danica McKellar). When her show needs a jumpstart, Hannah leaves Los Angeles to return to her small hometown in New England. There she’s challenged to renovate the historic Lewisburg Manor. The owner Margot (Brenda Gorlick) wants to turn it into a bed and breakfast. While working in town, Hannah reconnects with her ex-boyfriend Jeff Winslow (Andrew W. Walker).

Love in Design was not filmed in New England or the U.S. but in Winnipeg, Manitoba in Canada. While there are several manors made of stone, similar to the home featured in the movie, alas, there is no historic manor named Lewisberg in Manitoba.

Manitoba is known for its Tyndall stone, which was used to build The Manitoba Legislative Building, among other historic sites. The local quarry has been in operation, and owned by the same family, since 1910! Canadian author Carol Shields describes the ornamental stone in her Pulitzer Prize winning novel The Stone Diaries.

Love in Design airs again on Hallmark Channel on Thursday, February 25 at 9 pm.