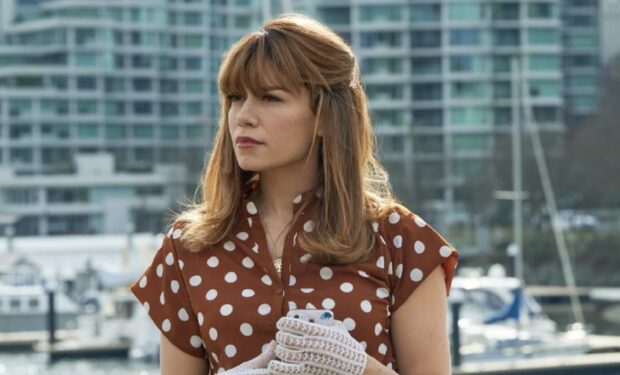 The protagonist of the Hallmark Channel movie Bottled with Love is Boston corporate executive Abby Lawrence (Bethany Joy Lenz). Feeling down about her love life and the future, she practices a little self-care and writes down all her hopes and dreams.

She takes the therapeutic exercise one step further by rolling up the letters, sticking them into glass bottles and throwing them into Boston Harbor. Her romantic gesture is rewarded when Nick Everett (Andrew Walker) finds her letters in Maine, where he is CEO of Everett Valley Farms.

Botted with Love was not filmed in Boston or Maine but rather in several locations in Victoria, British Columbia in Canada, including Wharf Street, Abbotsford, and Bastion Square. Victoria is the capital city of BC which is located on the southern tip of Vancouver Island. It’s known as The Garden City.

Bottled with Love airs again on Hallmark Channel on Monday, February 22 at 9 pm.