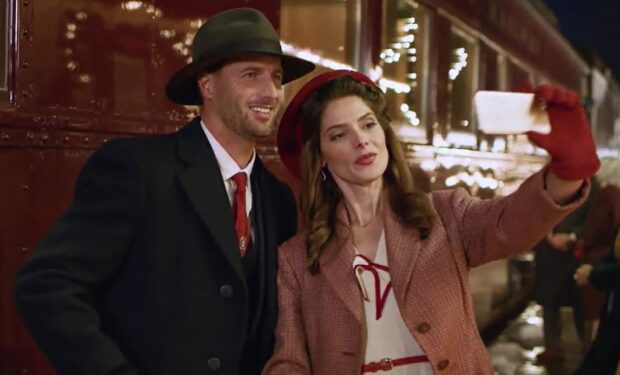 The protagonist of the Hallmark Channel movie A Little Christmas Charm (originally titled The Charm Bracelet) is jewelry designer Holly Hayes (Ashley Greene). After finding a lost charm bracelet she teams up with handsome investigative reporter Greg Matthews (Brendan Penny) in hopes of finding the owner and returning it by Christmas Eve. Along the way, the two fall in love. The film is based on the Melissa Hill novel of the same title.

Although the characters in A Little Christmas Charm refer to the Christmas train as the Long Island Railroad, the movie was not filmed in New York.

The train is a Royal Hudson locomotive known as Canadian Pacific #2860 which travels between Vancouver and Squamish in British Columbia. The railroad station scenes were filmed at the West Coast Railway Heritage Park in Squamish.

A Little Christmas Charm will air again on Hallmark Channel on Friday, February 5 at 9 pm.