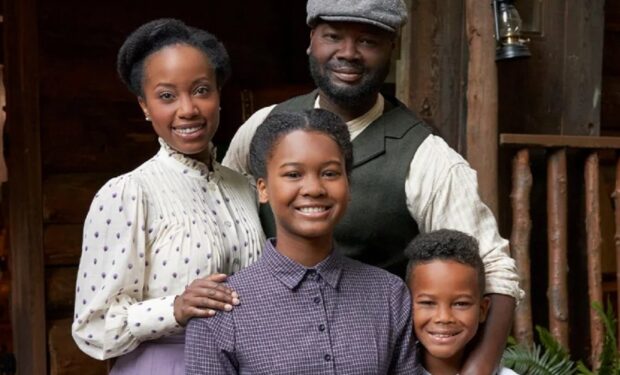 The Canfields on When Calls the Heart (Hallmark Crown Media photo)

Plus, four new characters will be introduced – The Canfields, a family of four who are interested in buying the Hope Valley gas station. Yes, Lucas drives a car through town. Father/husband Joseph is portrayed by Viv Leacock (Bobby Reeves on Batwoman); his wife Minnie is portrayed by Natasha Burnett; and their two children Angela and Cooper are portrayed by Viv’s real-life children Vienna and Elias Leacock. See Viv with his real wife and three children below!

When Calls the Hearts airs Sundays at 9 pm on Hallmark Channel.