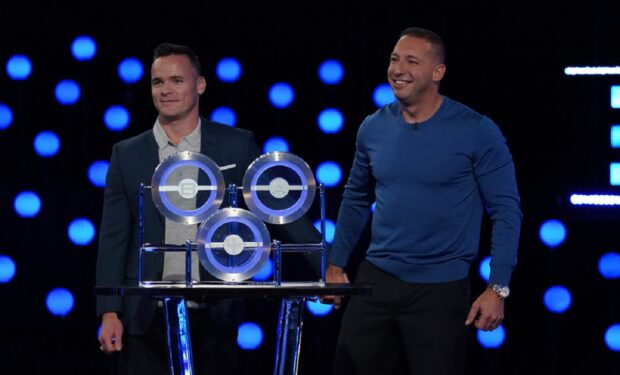 Jason and Jay on THE WALL (Justin Lubin/NBC)

On the next episode of LeBron James‘ TV game show The Wall, host Chris Hardwick welcomes two US Navy veterans and husbands from Danestown, Maryland, Jason and Jay. As NBC say, “It’s hard not to root for these dreamers as they face The Wall and look to walk away with millions of dollars.”

And if that wasn’t enough, stay tuned for the 10 pm episode which shines a light on two sisters — elementary school principal Terra and admissions counselor Brandi from Atlanta, Georgia — who are looking to take home the $12 million grand prize.