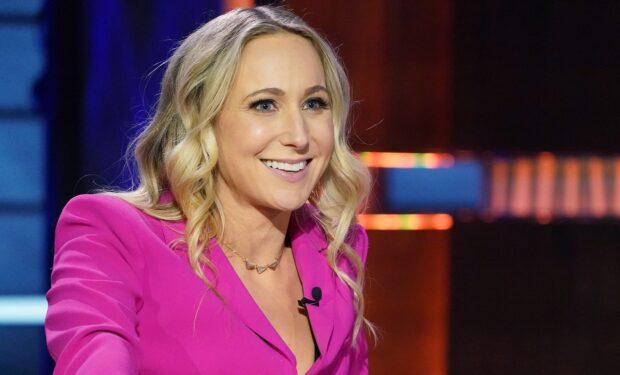 Nikki Glaser on To Tell the Truth (ABC/Ron Batzdorff)

For the TV appearance, Nikki of Not Safe with Nikki Glaser fame, rocks a hot pink plunging pant suit with a pair of snakeskin ankle boots.

You can see more of Nikki in Nicholas Cage’s new Netflix documentary series The History of Swear Words. See below.

To Tell the Truth airs Tuesdays at 8 pm on ABC, right before black-ish at 9 pm, and its spin-off series mixed-ish at 9:30 pm.