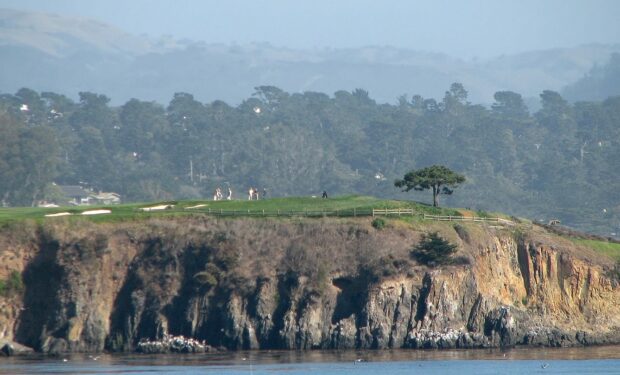 The final round of The AT&T Pebble Beach Pro-Am at Pebble Beach Golf Links will air on CBS on Sunday, February 14 from 3 pm to 6:30 pm. Several American pro golfers are expected to stay on the leaderboard including Patrick Cantlay, who tied the course record with 62 on Thursday.

When not on a golf course, the 28-year-old pro golfer from Long Beach, California, who played golf at UCLA before joining the PGA Tour in 2014, spends time with his family including his 21-year-old sister Caroline Cantlay (photo above) who plays women’s golf at Cal Poly.

Before her junior year was halted due to the COVID-19 pandemic, Caroline averaged a team-leading 75.1 strokes over 20 rounds with five top-20 finishes, including three in the top 10.