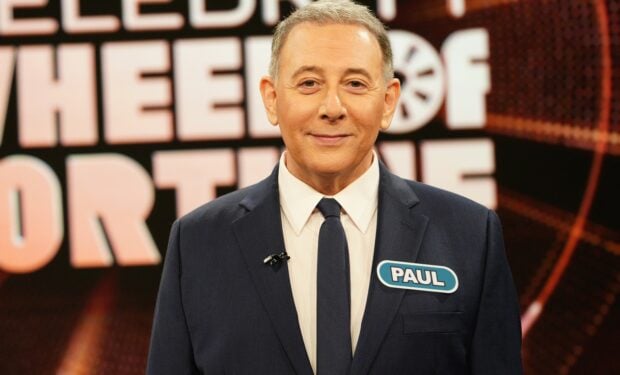 On the series premiere on Celebrity Wheel of Fortune, Pat Sajak and Vanna White welcome three comedians to the wheel: Joel McHale (Talk Soup), Nicole Byer (Loosely Exactly Nicole), and the one and only Paul Reubens, best known for his lovable comical character Pee-wee Herman.

As seen in the photo above, Paul vies for the $1 million prize. The 68-year-old is playing for the non-profit organization Feeding America.

Paul says he said yes to participating on Wheel of Fortune “quicker than I think anything I’ve ever said yes to in my entire career.” He added, “It’s surreal being here.” He says the experience is “like a dream.”

Celebrity Wheel of Fortune airs Thursdays at 8 pm on ABC,