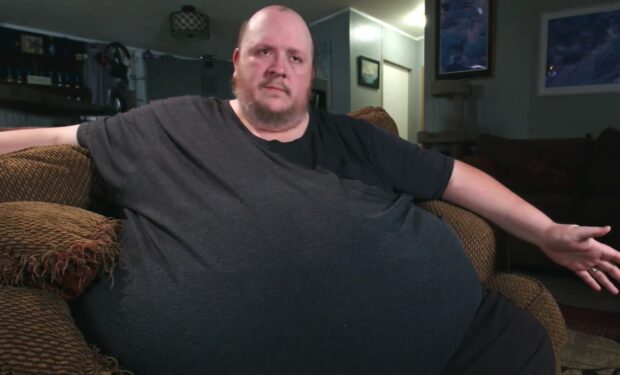 On this season of My 600-lb Life, the cameras follow Michael Blair. According to TLC, “a lifetime of abuse and ridicule has left Michael anxious and afraid to leave the house.” With the help of his super-supportive wife Kimberly, he seeks the help of Dr. Nowzaradan in Houston. Keep in mind: Michael suffers from agoraphobia and hasn’t been outside the house in 15 years.

In the video below, Michael not only leaves the house but decides to drive the family mini-van (with Kimberly in the passenger seat) to a rock shop, where they want to buy “healing” crystals.

While driving, Michael warns Kimberly that “this could be completely counterproductive.” With the most soft-spoken voice in My 600-lb Life history,” Kimberly calmly says okay with a nod.

When Michael says that this errand could “actually push me farther away from wanting to leave the house at all,” Kimberly asks him, “Do you think that’s really a reality?” Michael says, “Yeah, I do.”

When Kimberly says, “You’re allowed to think that way,” Michael gets exasperated. “I love that you’re always perky and always happy and always telling me what’s going to be best for me but (bleep) happens.”

She leans in to get a better look at him and says, “So it sounds like right now you’re spiraling a little bit.” Michael replies, “I’m completely spiraling.” She reaches over to caress his leg and asks if he needs her to be quiet for a little bit and he says yes. She says okay but tells him, “I need you to breathe though because you’re starting to panic.” Michael is visibly shaking. She asks him if he needs her to drive but he says no.