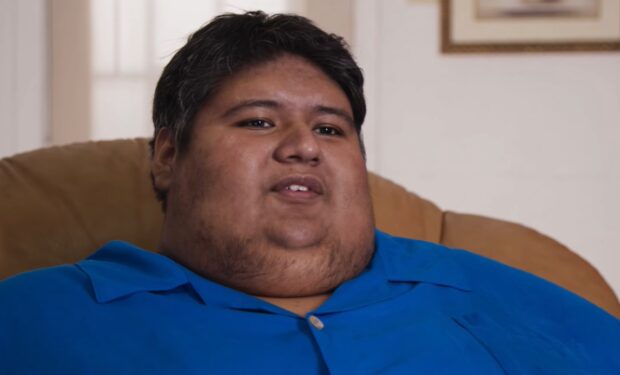 On this season of My 600-lb Life, the cameras follow a young man named Isaac. At the age of 10, after his mother Jayne suffered a debilitating stroke, Isaac helped raise his siblings. While learning to cook for his family, he began comfort-eating.

As seen in the sneak peek video below, Isaac uses a walker to get from room to room. When he explains that it’s his job to cook “the big meals for the family,” he opens the refrigerator and pulls out a box of 60 eggs. He lays the giant box and other breakfast food (bacon, butter, bottles of syrup, etc.) on the seat of the walker while he mixes the flour and water in a big bowl. Isaac admits “I can’t stand for too long.”

While holding the big bowl in one hand, and pushing the walker with the other, Isaac goes into the living room (where he can sit) to make breakfast. A banquet table is set-up in the living room with a griddle and hot plate. Isaac enjoys making meals for his family “with love”, and in the video he proves that he’s really good at making perfectly round and golden pancakes. That said, Isaac knows that he’s now trapped by his weight and food addiction. ”I live in constant fear,” he says.