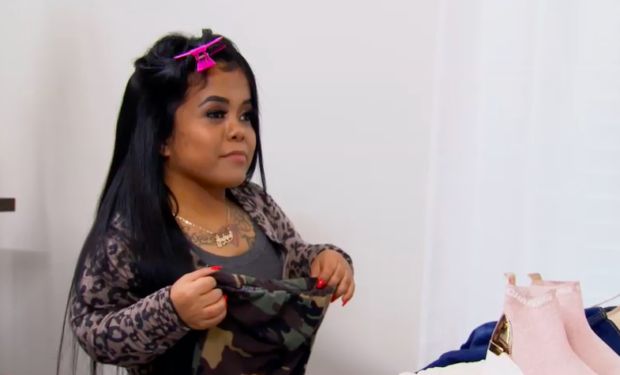 Andrea wants to be a model (Kinetic)

In the Little Women: Atlanta episode “Miss Management,” while Abira gains some perspective on how being little has affected her, the Salinas twins put their manager (Minnie) on notice. Andrea‘s professional and personal lives collide when she tells Chris Fernandez (the father of her three children) that she wants to model.

In the sneak peek video below, Monie visits Andrea and Chris and asks Andrea about her singing career.

Monie gives the idea a serious nod while Chris grins. When Monie asks what kind of modeling, Andrea says “something sexy” to “show my curves.” That’s when Chris breaks out in a smile; he then hides his mouth with his hand.

When Monie asks Chris how he feels about it, Chris smiles again and curses. “I mean (bleep), I don’t know, I mean.” Clearly, that is not the response Andrea wanted. She gives him the stink eye, more than once. Monie tells Chris “you could support my friend, that’s the least you could be doing.”

After the scene, Andrea tells the camera: “I’m so tired of Chris not supporting me. I am determined to prove his ass wrong.”

And if that’s not enough incentive for you to watch the whole episode, keep in mind Juicy insults the rest of the girls on St. Patrick’s Day. Erin Go Braugh, y’all!