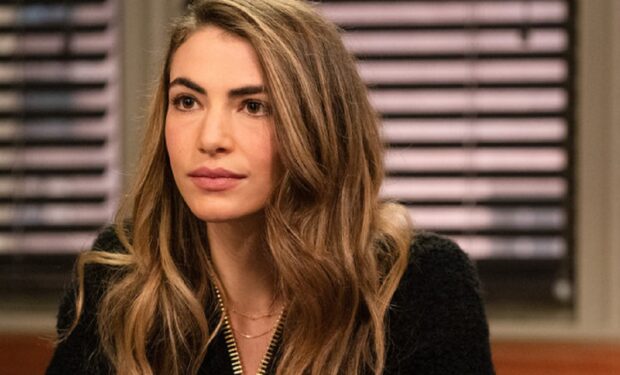 At the precinct, Lily — who wears a chic black dress with a “macro” gold zip by designer Moschino — tells her story to her cousin Kat and Detective Sonny Carisi (Peter Scanavino).

In the sneak peek video below, when Lily faces her alleged assaulter at the precinct, she tells him, “I said stop,” to which he says with a stone-cold face, “I didn’t hear that.”