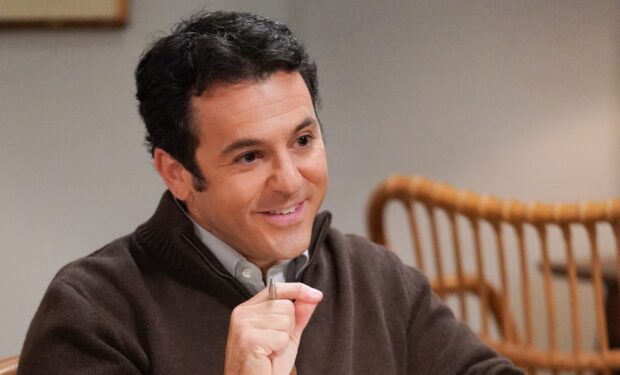 In The Conners episode ‘Panic Attacks, Hardware Store and Big Mouth Billy Bass,’ while Dan (John Goodman) tries to help Ben (Jay R. Ferguson) at the hardware store, Darlene (Sara Gilbert) starts to feel the pressures of her new job which result in a health scare. Based on the title of the episode, Darlene suffers from panic attacks which leads her to the office of Dr. Harding.

Dr. Harding, who appears calm sitting on his office bamboo furniture in a pair of soft corduroy pants, is portrayed by The Conners director and former child star Fred Savage (Kevin on The Wonder Years, and Rob Lowe’s lawyer brother on The Grinder).

The Conners airs Wednesdays at 9 pm on ABC, right after American Housewife at 8:30 pm, and right before Call Your Mother at 9:30 pm.