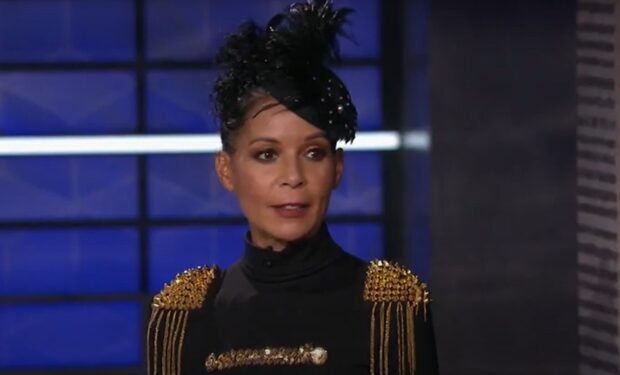 Jennifer Jones on To Tell the Truth (ABC screengrab)

The first African American Rockette is Jennifer Jones (#3). She earned the title in 1987 and made her debut as a Rockette at the NFL’s Super Bowl XXII halftime show in San Diego. Chubby Checker was the headliner!

Thirteen years later, Jennifer was one of three black women to perform in the 2001 Broadway revival of 42nd Street, which won the Tony Award for Best Musical Revival. And she high-kicked it at George W. Bush’s first inauguration in January 2001.

On a more personal note, Jennifer has been promoting colon cancer awareness. After a routine colonoscopy, she was diagnosed with colon cancer. Now two years cancer-free, she says he treatment included “eight rounds of the pill chemotherapy and six rounds of IV chemotherapy” and a six-hour surgery.

To Tell the Truth airs Tuesdays at 8 pm on ABC, right before black-ish.