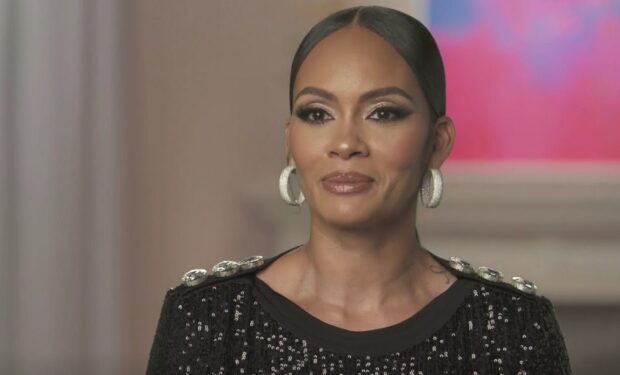 In the Season 9 premiere of Basketball Wives, while Shaunie O’Neal sends her daughter Minnie to her father’s alma mater (LSU) where she’s going to play basketball too, Evelyn Lozada invites Feby Torres over to her house for avocado toast.

In the sneak peek video below, Feby dishes on her new man, retired NFL football player Damien Berry, who btw has a Super Bowl ring from playing with the Baltimore Ravens in 2012. They dated before, after she had her first child with NBA basketball player Lance Stephenson.

Feby tells Evelyn that when Damien (she calls him DJ) called her recently he said he was looking to get married.

He hasn’t asked her yet, but Feby admits that the idea of marriage makes her nervous because when they were together it came out that he was dating someone else.

So Feby’s walking into this relationship with her guard up. “I’m afraid to let it down.” She says she has “a history of liars in my life, and I’m scared of that.”

Evelyn thinks Feby is “running away from her problems” and says, “that just doesn’t sit well with me.”