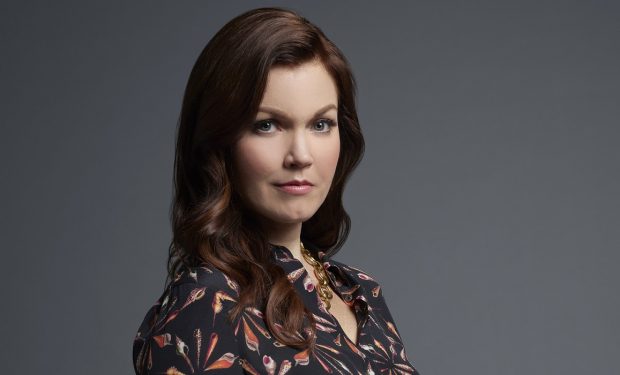 On the Prodigal Son episode ‘Head Case,’ while the team investigates the murder of an architect who was renovating a presumed haunted hotel, Bright (Tom Payne) is knocked out and falls into an elevator shaft. While trapped and unconscious, Bright imagines an alternate reality, one where he leads a relatively normal life in which his father (Michael Sheen) is not a serial killer.

Bright’s mother Jessica Whitly (Bellamy Young) appears like a Greek goddess in a gorgeous olive green one-shoulder tunic dress that reveals her flawless, marblesque ivory skin, as seen in the stunning photos above and below.