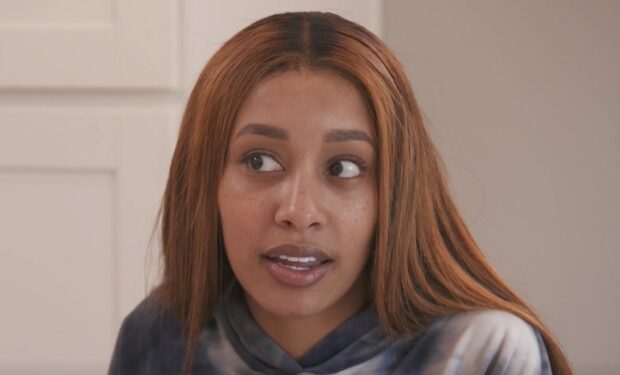 In the Season 9 premiere of Basketball Wives, while Shaunie O’Neal beams with pride knowing her daughter Minnie is going to LSU to play basketball (just like her son Shareef), Feby Torres visits Evelyn Lozada at her house and reveals that she has a new man.

Over avocado toast, Feby explains that she actually dated retired NFL football player Damien Berry (who she likes to call DJ) before. After she had her first baby (with NBA basketball player Lance Stephenson), she dated DJ but when she found out he was talking to other women at the same time, she called it quits. She admits that she’s walking into the relationship with her guard up.

Damien Berry, 31, played college football at the University of Miami before he played with the Baltimore Ravens (2011-2013). The Ravens won Super Bowl XLVII in 2012. When playing for the Miami Hurricanes, he became one of five running backs in Miami history to have three consecutive 100-rushing games. Damien was presented with the 2010 Hurricane Media “Good Guy” Award. Awww!