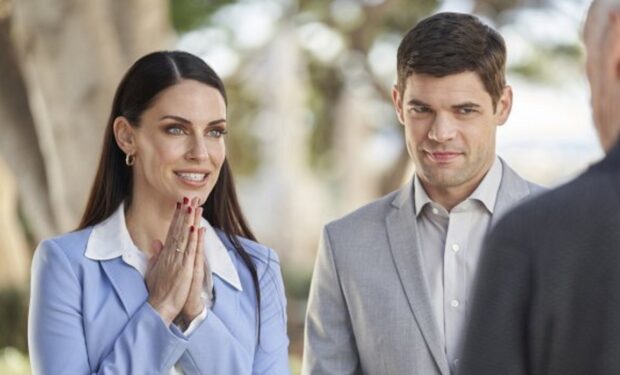 The protagonist of the Hallmark Channel movie Mix Up in the Mediterranean is Meg (Jessica Lowndes). While judging a culinary contest in Malta, she falls for one of the contestants whom she thinks is married. The bittersweet news is the chef isn’t who she thinks he is – he’s his twin brother!

The twin brothers Josh and Julian are portrayed by one actor Jeremy Jordan. The Ithaca graduate and Broadway star (Rock of Ages, West Side Story, Bonnie & Clyde) is also known for his roles on TV shows including The Flash and Supergirl (Winn Schott), and the musical drama Smash (Jimmy Collins), among others.

Mix Up in the Mediterranean premieres on Hallmark Channel on Saturday, February 20 at 9 pm.