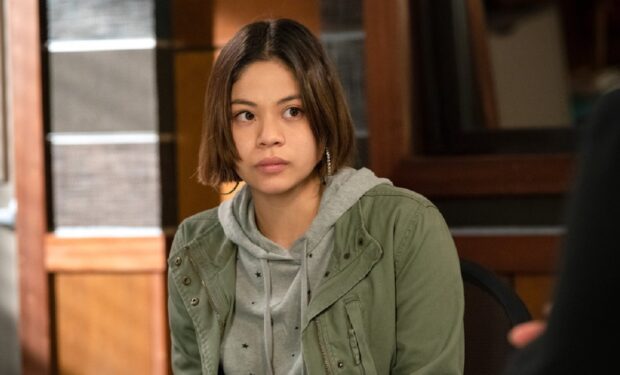 In the Law & Order: Special Victims Unit episode ‘Turn Me On Take Me Private,’ the SVU investigates whether a role-play session on a camming website turns violent when user Gabe Miller (Alex Brightman) decides to meet his idol Zoey Carrera in person. Zoey is portrayed by Eva Noblezada.

Eva who describes herself as “mexicasian persuasion” (she is of Mexican and Filipino descent) and best known for her stage roles on Broadway.

She was nominated twice for a Tony Award — for her role as Kim in the 2017 Broadway production of Miss Saigon, and for the lead role of Eurydice in Hadestown.

On Instagram, where Eva has more than 186,000 followers, the 24-year-old triple-threat also describes herself as a pole dancing apprentice! See videos above and below.