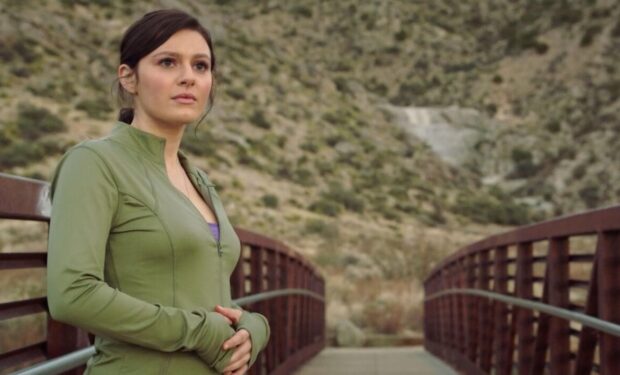 The protagonist of the Lifetime movie The Secret Life of a Celebrity Surrogate is young, single, gorgeous and fertile Olivia Bolton (Carrie Wampler). She agrees to become Hollywood movie star Ava Von Richter’s (Brianne Davis, Hollywood Heights) surrogate, and is at first charmed by all the glitz and glamour of Ava’s lifestyle. But then Olivia realizes that she and her unborn child are in physical danger, no thanks to Ava and her husband Hayden (Carl Beukes).

Carrie Wampler is known for her recurring roles on The Goldbergs (Barry’s new girlfriend Ren), Big Little Lies (Lori, see photo above with Reese Witherspoon!), and Disney’s Austin & Ally (Brooke), among others. Fun fact: Carrie made her acting debut in the 2012 TV movie Blue Lagoon: The Awakening with Denise Richardson.

The Secret Life of a Celebrity Surrogate premieres on Lifetime Movie Network (LMN) on Thursday, January 21 at 8 pm.