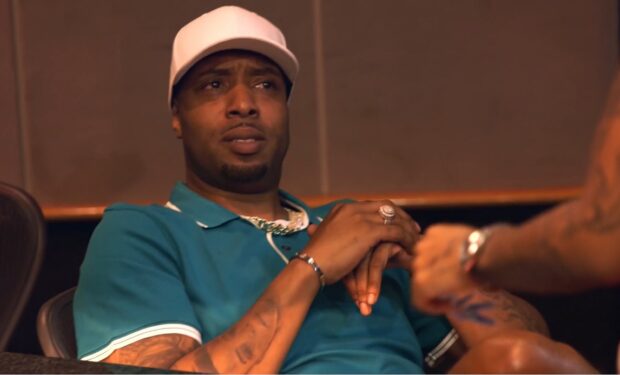 In the Growing Up Hip Hop: Atlanta episode ‘Word in the Streets,’ while Tammy and Deb clash over politics (Deb announced she’s a Trump supporter), songwriter/music producer Pimpin Beatz faces the music when his ex-girlfriend Diamond confronts him. WEtv says their fiery fight is underlined with “sexual tension.”

Pimpin (born Jamal Willingham) is behind recent Bow Wow songs including “Issues,” “Broken Heart” and “They Think I’m Crazy,” among others. He grew up in Atlanta where, at the age of 16, with his mother incarcerated, he says “I became a hustler.” He captioned the photo with Bow above “Getting richer.”

He was also a member of the hip hop group Dem Franchize Boys known for its single “White Tee.” In 2005, Jermaine Dupri signed them to his So So Def label and released the single “I Think They Like Me” featuring Dupri, Bow Wow and Da Brat.