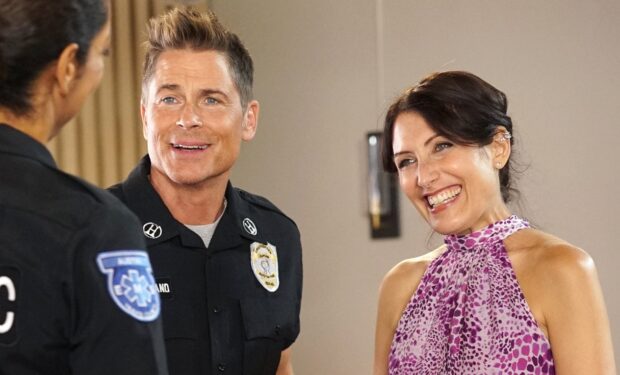 In the 9-1-1: Lone Star Season 2 premiere episode ‘Back in the Saddle,’ while the 126 crew responds to a military tank on the loose in downtown Austin and a human pile-up at the roller derby, Owen (Rob Lowe) is reunited with his ex-wife and TK’s (Ronen Rubinstein) mother Gwyneth.