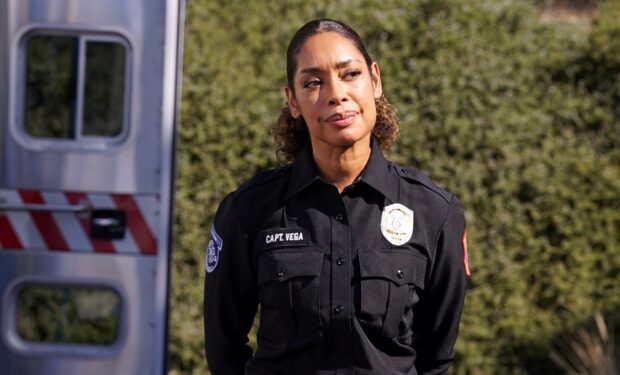 In the 9-1-1: Lone Star Season 2 premiere episode ‘Back in the Saddle,’ fans of The West Wing will delight in seeing Rob Lowe reunite with actress Lisa Edelstein who plays the ex-wife of Lowe’s character Owen Strand. Owen and his ex Gwyneth (mother of TK) quarantine together and it ain’t so bad.

Also, actress Gina Torres makes her debut as the new paramedic captain Tommy Vega. Torres, who was married to black-ish star Laurence Fishburne (2002–2018), is known for her roles in The Matrix movies (Cas), and on TV shows including Alias (Anna), Firefly (Zoe), 24 (Julia), Huge (Dorothy), Suits (Jessica), and The Catch (Justine), among others.