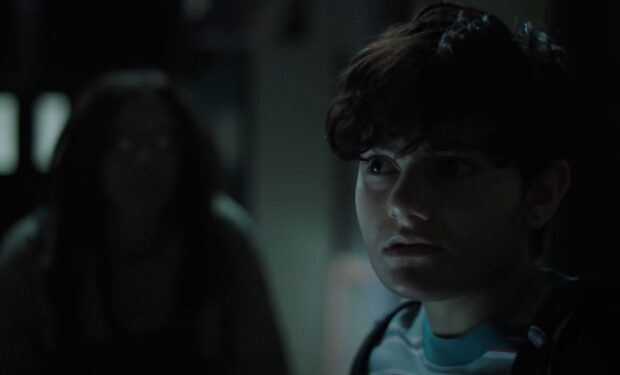 In the Season 3 episode ‘Elliot,’ a transmasculine student formerly named Elsa now Elliot (James Goldman) endures merciless bullying at school even from the principal. Will Elliot accept the help of the mysterious janitor (Janet Kidder) who lurks in the hallways and says she has a way of taking care of the bullies once and for all?

Canadian-born actress Janet Kidder is known for her roles on Star Trek: Discovery (Osyraa), Limetown (Lenore), The Man in the High Castle (Lila), Arrow (Ruve Adams), and Tom Stone (Cpl. Marina Del Luzio), among others. She’s also well recognized for her role as Diane in the 1998 film Bride of Chucky.

Janet is the niece of the late Margot Kidder (below) who famously played Lois Lane in Superman with Christopher Reeve.