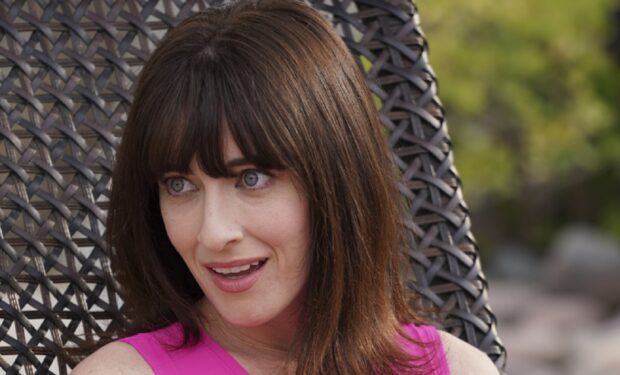 In the NCIS episode ‘Sunburn,’ while Gibbs (Mark Harmon) fears the worst when his search for Fornell (Joe Spano) leads to blood, McGee (Sean Murray) and his wife Delilah’s vacation in the Bahamas turns into a high-stakes mission when a case NCIS is tracking of a dead escape room manager has ties to the island.

Delilah is portrayed by Margo Harshman. The San Diego native actress is also known for her roles on Betas (Lisa), The Big Bang Theory (Alex Jensen), Bent (Screwsie), Run of the House (Brooke Franklin), and Disney’s popular TV series Even Stevens with Shia LeBeouf (Tawny Dean), among many others.