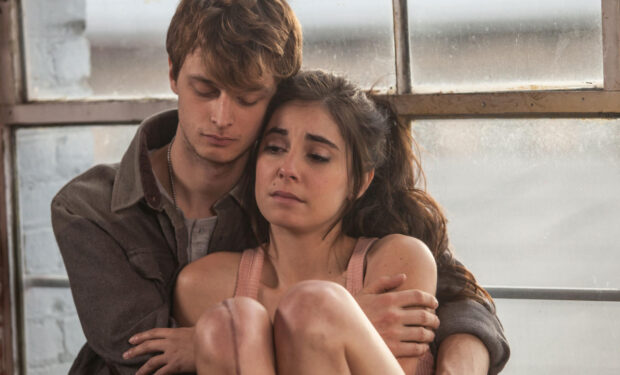 Obsessed with my Babysitter (Lifetime photo)

The protagonist of the Lifetime movie Obsessed with the Babysitter is injured dancer Elaine Davidson (Kristen Vaganos). When she babysits for the Cartwright family, she’s taken under the wing of the father, psychologist Adrian Cartwright (Simon Haycock) who manipulates Elaine’s mind and uses her injury against her. Don’t worry, Elaine realizes what the daddy doctor is up to: but can she (and the kids) escape from his hold?

Actress Kristen Vaganos identifies herself as a Greek American from Philadelphia.

The New York University graduate is known for her roles in films including I Am Lisa (Lisa), Dating After College (Madison), and Mommy Would Never Hurt You (daughter Riley), among others.

While Kristen appears super flexible (as seen in the impressive photos above), she reports that she “had to learn how to dance” for Obsessed with the Babysitter and is particularly proud of the scene where she’s dangled from a roof by a harness!

Obsessed with the Babysitter premieres on Lifetime on Saturday, January 9 at 8 pm.