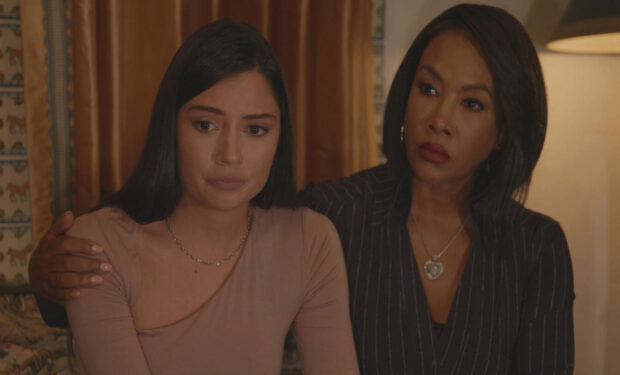 Prosperi and Fox in 'The Wrong Prince Charming (LMN)

The protagonist of the Lifetime movie The Wrong Prince Charming is young lawyer Anna (Cristine Prosperi). Working with her client Bridget (Vivica A. Fox), Anna meets the famous Prince of Devonshire (James Nitti). He’s given the impression that he’s interested in investing millions of dollars in one of Bridget’s properties. It sounds like a win-win partnership and romance for Anna until they find out the Prince is not all that he claims to be. [More Lifetime movies streaming are always available.]

The gorgeous 27-year-old Canadian-born actress and bikini model Cristine Prosperi is best known for her role as Imogen Moreno on Degrassi: The Next Generation.