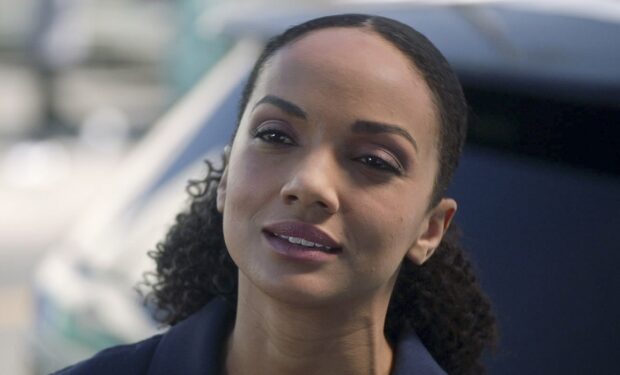 Mekia Cox on THE ROOKIE (ABC)

In The Rookie episode ‘In Justice,’ LAPD rookie John Nolan (Nathan Fillion, Castle) and his new training officer Nyla Harper (Mekia Cox) are assigned to a community policing center to help rebuild their station’s reputation in the community. Nolan is determined to make a positive impact but Nyla has her doubts.

Actress Mekia Cox is also known for her roles on Chicago Med (Robin Charles), Once Upon a Time (Sabine/Princess Tiana, photo below), Secrets and Lies (Amanda Warner), Impastor (Jasmine), and 90210 (Sasha), among others.

Fun facts: In 2013, Mekia impersonated First Lady Michelle Obama on an episode of Key and Peele, and in the 2011 film Crazy, Stupid, Love., she played hip hairdresser Tiffany.

Oh, and she danced with Michael Jackson, as seen in the concert series This Is It (photo below).

The Rookie airs Sundays at 10 pm on ABC.